We started our East Coast Adventure last month by flying on West Jet to Toronto, Canada, where we spent two nights with our friends Tremor and Julia. (Tremor was in my macroeconomics class at Pomona College). What impressed me most while we were traveling from the airport and into downtown Toronto, where our friends live, was the skyline. 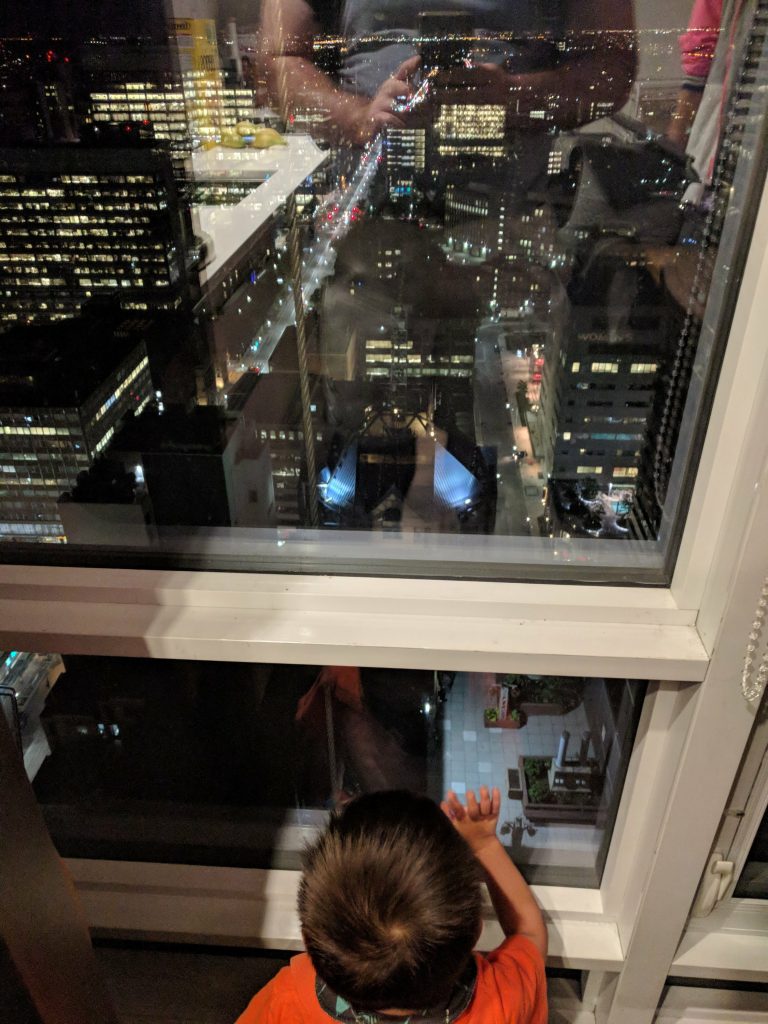 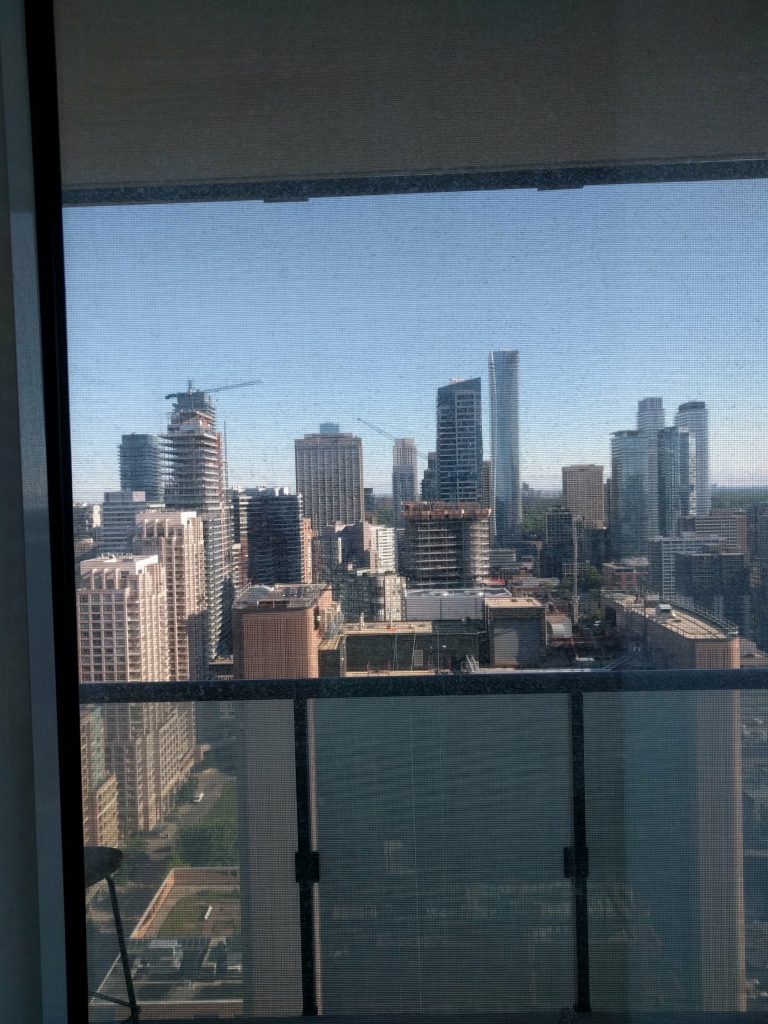 High rises and crane trucks during the day. Click photo to enlarge.

I hadn’t properly associated Toronto with high-rises and booming development. (Reckless Rob Ford, yes;  a sprawling metropolis that mushed together lots of smaller cities into one great Toronto (amalgamation), yes; but, not necessarily lots and lots of active construction sites.) 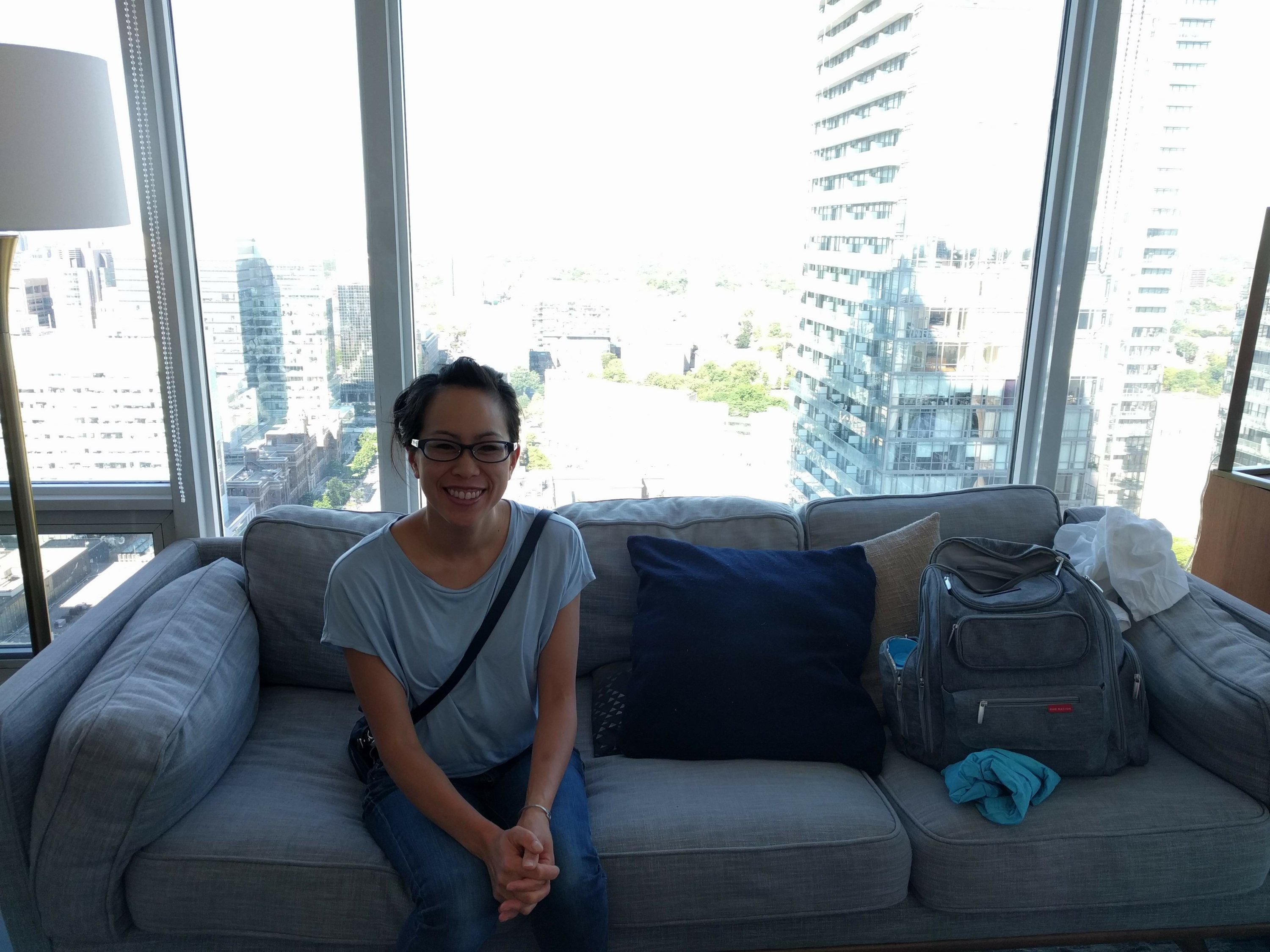 As it turns out, in the five years since we put Toronto on our bucket list, the City has experienced a huge condo building boom. According to this story in the Hollywood Reporter from September 2017, the City of Toronto added 165,000 housing units (mostly in the form of multi-family condos) in just 7 years. Toronto added 16,000 additional units in 2016, and had over 80,000 under construction at the time of publication. And a Curbed piece that ran one day before we left for Toronto reported there were over 400 projects in the pipeline.

We ran into many of them while walking around Tremor and Julia’s neighborhood the next day and studied their schematics with great interest. 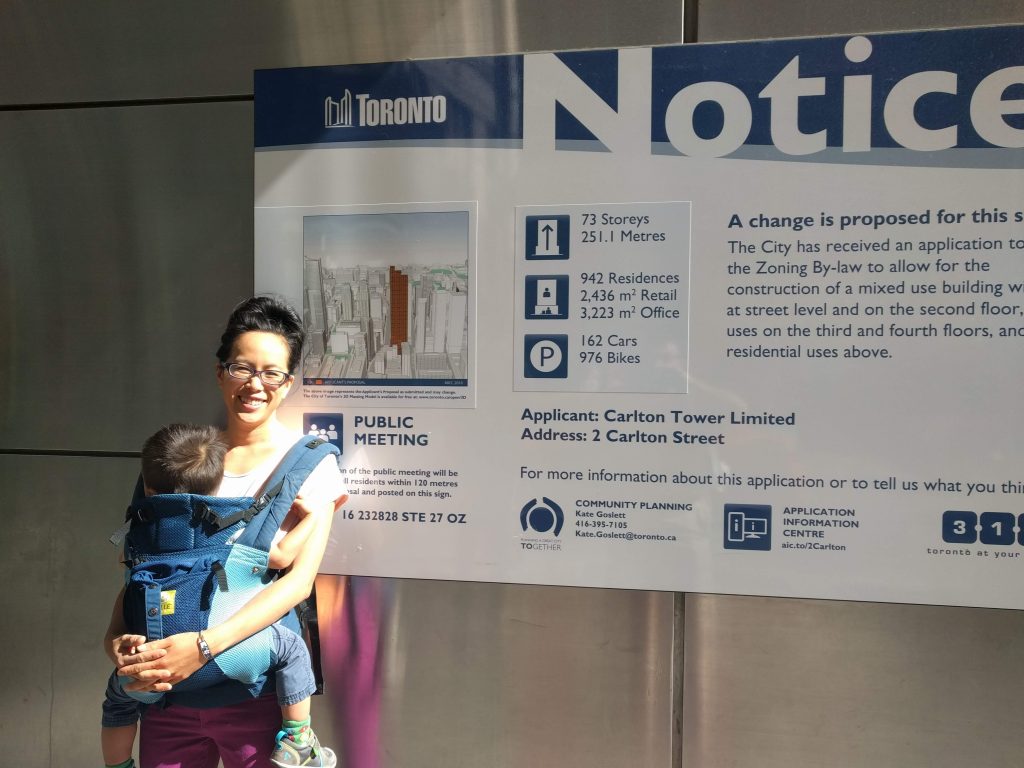 Notice of public hearing for a proposed 73-story building

Here’s another project which calls for adding an additional 40 stories on top of an existing 20 story building through the use of cantilevers (?) 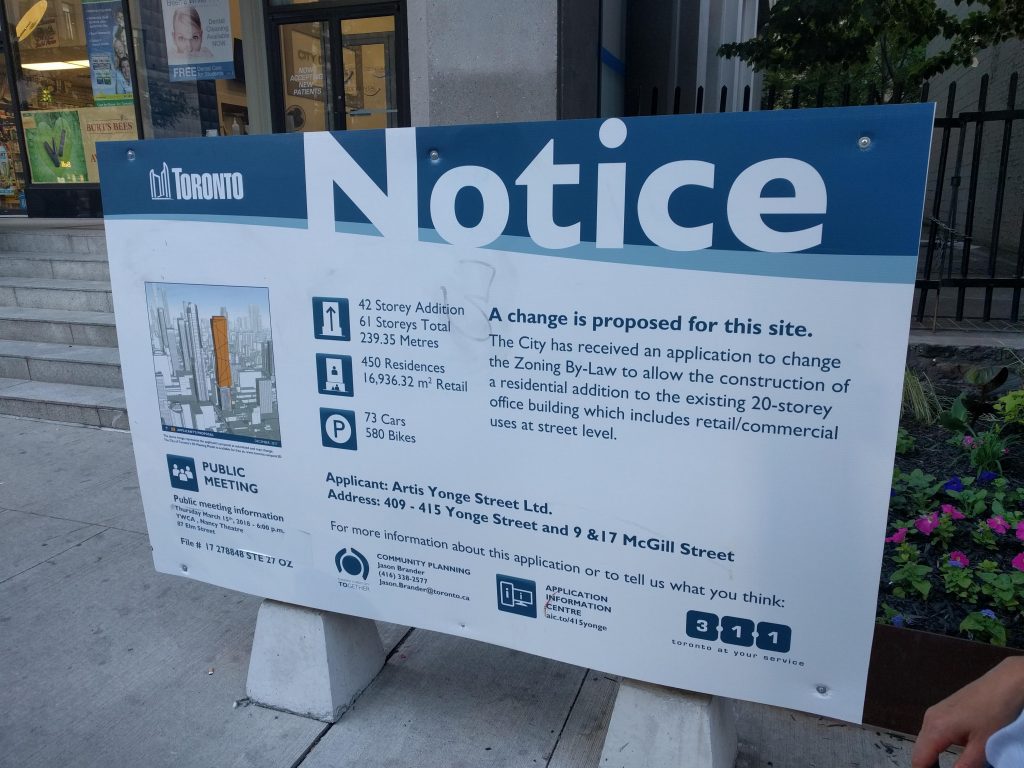 Finally, the building Tremor and Julia live in is a great example of connecting old with new, as evinced by the integration of this row house facade into a 50-story building. 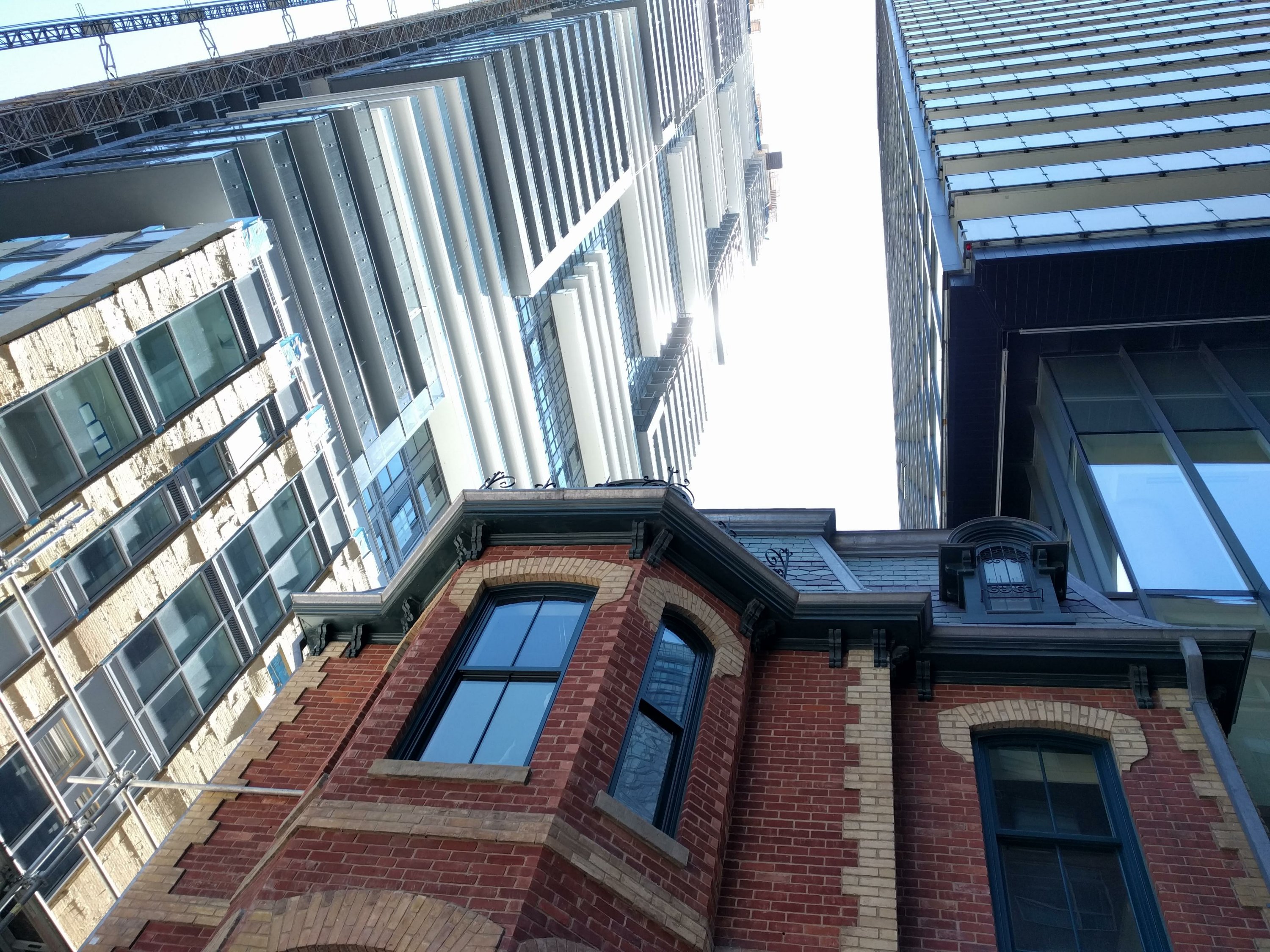 There have been growing pains. Curbed points out that the bulk of the building zoom has been centered in downtown Toronto and in a handful of transit-oriented neighborhoods. It’s been mostly condos, of which something like 94% are sold in pre-sale – and not rentals. There has also been a lot of speculative investment. Consequently, prices have skyrocketed, especially in the rental market. A 3-bedroom condo costs $1 million dollars in this section of Toronto, which is hardly affordable.

At least city planners in Toronto are trying (to create family-oriented housing). In May, Toronto released draft guidelines giving developers guidance on how to design projects which support families (“Growing Up: Planning for Children in New Vertical Communities”). These guidelines were released following a study that began in 2015. (Note: Vancouver followed suit with its own survey in May 2018).

Other highlights of our visit included 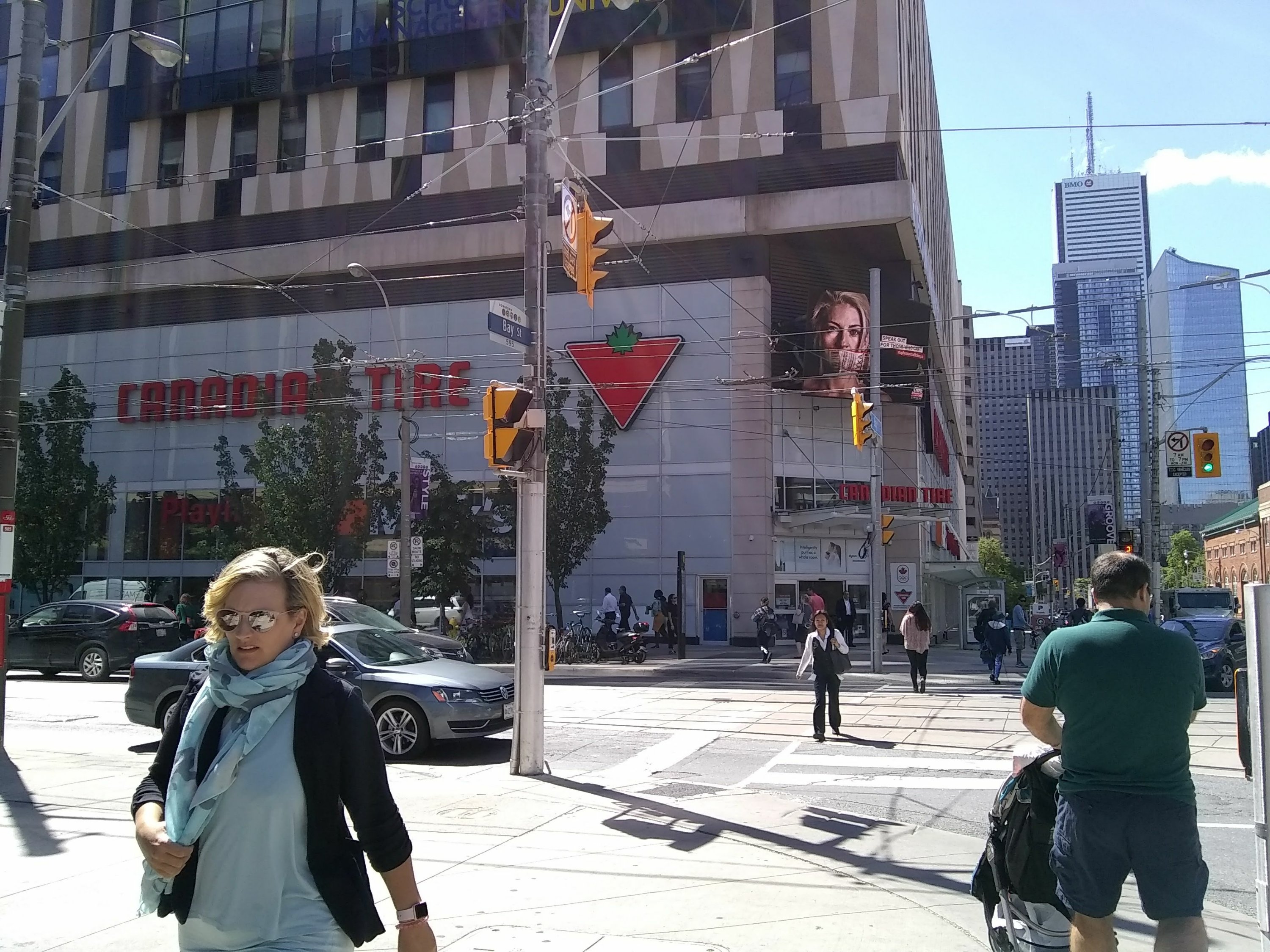 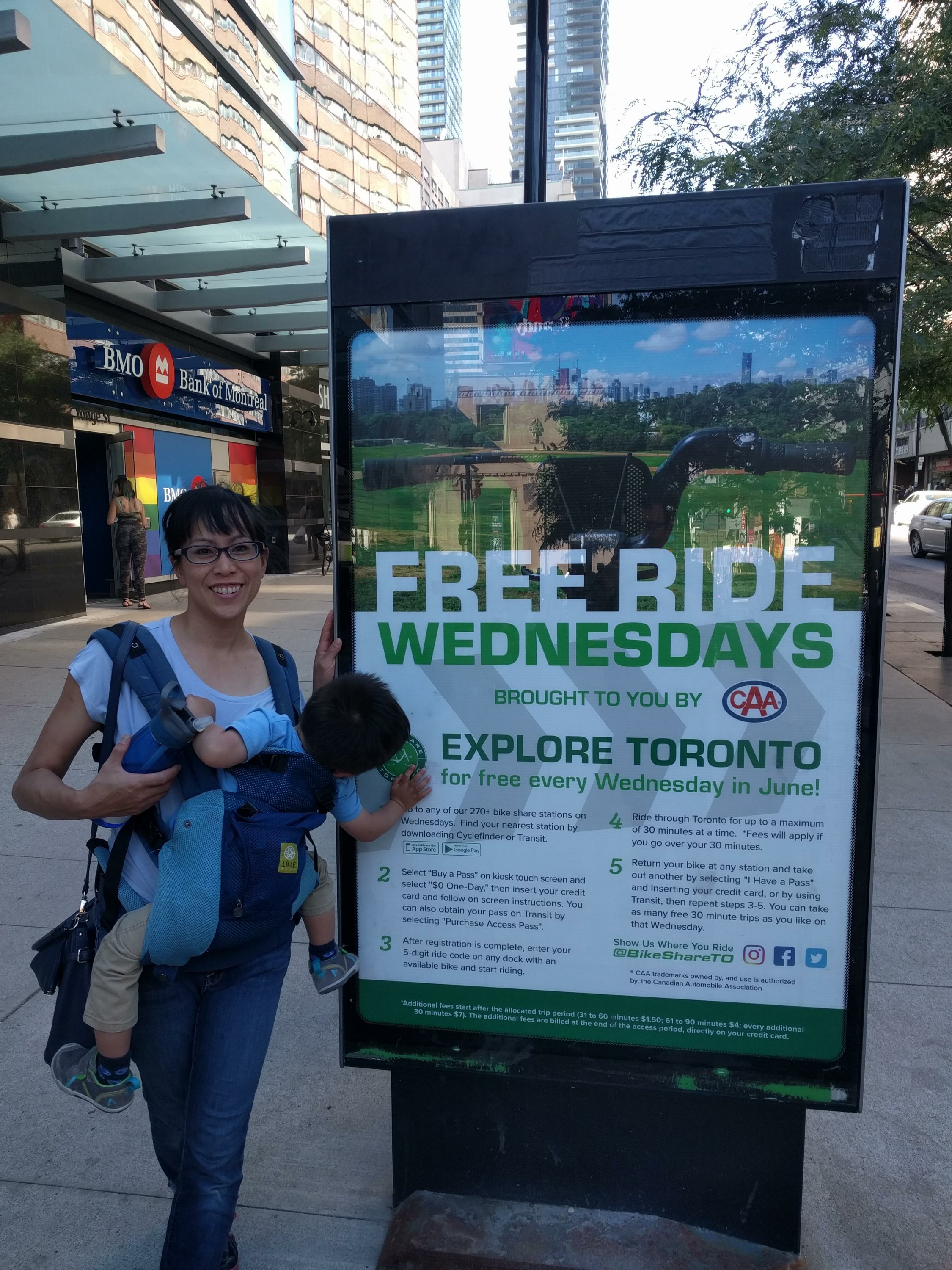 More to come! Next: Our travels through Western and Central New York.